This is a theme I’ve given a lot of thought to lately.

When God gives you a gifting or a talent, and more importantly, a mandate for which to use it, it is called stewardship.  Stewardship, as I understand it, is something that God entrusts us with–our time, talent, anything we have to invest into His Kingdom for His glory. It’s when we move from stewardship to ownership, where we think we are in charge, that there is a problem.

When God puts an idea in your head and your heart, it’s awesome.  I mean, it’s like getting the blue prints from the Big Guy Himself, which essentially it is.  It’s often confirmation for something you’ve had on your mind, your heart,  and when you get the thumbs up from God, it’s like full steam ahead.  But wait.  Any good idea you have, if you really think about it, and know your bible, comes from Him, so it’s really His  idea.  Apply the brakes.  The bible says in Romans 11:36 (NLT)

“For everything comes from Him and exists by His power and is intended for His glory….”

Yes, I am the vine; you are the branches.  Those who remain in me, and I in them, will produce much fruit.  For apart from me, you can do nothing.”

This is the very reason I don’t post a blog every day, sometimes not even every week.  Unless I feel God’s gentle nudging; Him telling me that He has something He wants to say or something He feels that I should share about myself, I don’t even crack open the laptop.  This blog is His baby, not mine.  Stewardship-not ownership.

I once heard a stirring story from the pulpit about this very topic.  It wasn’t from a pastor, but rather a former hockey player turned executive movie producer, Troy Buder.  For those that may not have heard of him and his connection with Disney, he was a mediocre hockey player with a  painful past.

He was originally from Alberta and ended up playing for the L.A. Kings farm team. Once he hung up his skates, he spent much of his time and notoriety as a Christian hockey player doing charity work in a myriad of venues . Within his circle of influence, he had heard of a story about a youth worker who taught chess to under-privileged kids in Uganda, Africa.  The story had been made into a book, and God put it on Troy’s heart to buy the rights and to make it a movie.  In our church a couple of years ago, Troy told us the protracted story of how he came to be the executive producer of the Disney movie, The Queen of Katwe.

It was not a smooth nor easy process; in fact it took seven years to get it off the ground.  In listening to his testimony, I can’t help but think it was akin to a 40 year journey through the wilderness when it should have only taken him eleven days.  You see, Troy had a problem with ownership vs. stewardship.

Troy’s testimony left a huge impression on me. That day he talked about his own pride about the movie, how he just had to be the executive producer so the movie would unfold the way he wanted it to-the way he thought God wanted it to- not fully realizing that it already was God’s baby, and it would indeed blossom as the Father had intended.  He admitted that he looked like a fool on the set of the movie, there in the ghetto of Uganda.  He knew nothing about the film industry, and there he was getting in the way, making sure everyone knew who he was and what his role was.  It was in that moment, he said, that God made it clear to  back off .  If Troy insisted on thinking that he owned this project, God would gladly find someone else to steward it in the way He intended.  Ouch. 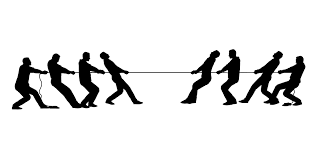 I love the things that God has put on my heart; the things He has given me a passion for.  But, I have to realize that they are only my passion because God put them there.  On my own, I would have no natural ability to work through, nor the desire for example, to help women caught in the sex trade; it  just wouldn’t occur to me. But God knows my DNA, what He wired me for, so all the skills, talents and giftings were put in me for a divinely ordained purpose.  I had an aha moment, thinking about whether or not I was qualified for a particular job, when I read in Exodus 31:2 where God had blessed Bezalel with supernatural talents where it came to constructing the tabernacle–everything down to gold and silver-smithing, engraving, wood-carving…you name the skill, God gave it to this Israelite.  On his own, Bezalel could not complete this task, and neither can you and I, regardless of our desire- but God.

Recently I have taken a step back from something I love to do,to do a heart-check to make sure I’m

doing it because it’s something I’m called to do.   I want to be God’s hands and feet, not because of the accolades I receive, but because it’s something I am called to do.  I want to be a good steward of the gifts the Father has given me.  The moment I think I own the gift and the calling, is the moment He will snatch it right out of my hand, and that’s not something I’m prepared for.  I would encourage the reader to also do a heart-check of the call on his or her life.  Is this something you’re doing for God or for your own notoriety?  Think long and hard on this.

2 thoughts on “Stewardship vs. Ownership”