When I graduated from high school I had no idea what I wanted to do.  I took a job in a 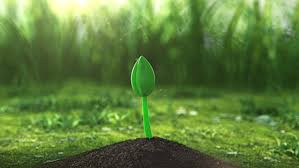 nursing home thinking I would work with seniors until I figured out what I was really cut out for.  That was over 30 years ago.

It wasn’t easy work, and I will admit I didn’t flourish in the beginning.  I was young and immature, without a lot of empathy for an aging population.  Still, I plugged on, taking college courses as I went to further my education, still believing it was all temporary.

I remember one winter travelling from my home in Owen Sound, to London, On., for an education day.  I can’t even remember what the teaching was about, only that I left feeling rather underwhelmed .  Talking out loud, I asked God to show me where He really  wanted me; I wasn’t convinced that working with senior citizens was my life’s purpose.  No sooner did I finish what I thought was a one-sided dialogue, that the minivan ahead of me spun out of control and landed nose-first in the ditch.  I pulled over and ran across the road. The driver and her elderly passenger  were not critically injured, but badly shaken up.  Another driver arrived on the scene and called  911.  While she was talking to the dispatcher, I made conversation with the ladies, the elderly of the two sporting an ever-growing goose-egg on her forehead where she had hit the windshield.

“Where are you from?” I asked to keep her alert, hoping she wouldn’t go into shock.

“Owen Sound. We just came from a specialist’s appointment.”

Hmm….here I am, sitting in a ditch caring for an elderly woman who just happens to be from the same city as me….

Before long, emergency crews came.  The van was pulled out of the ditch and the lady was taken back to London for another trip to the hospital via ambulance.  I was soon back on the road myself,  pondering His answer to my question.

I had learned by that time that there was no such thing as coincidence.  I knew that it was not by mistake that I had found myself in that particular situation right after making such a direct request.  While I didn’t embrace it fully in the moment, I did know enough to stay put and wait further instruction.

God doesn’t always (if ever) give huge epiphanies or let us in on the big scheme of things. He likes to take us step by step, glory by glory so we can watch the unfolding and not get too far ahead of ourselves–or Him. 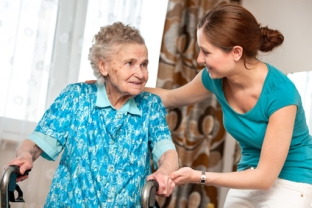 During the last three decades I have watched myself grow and mature into someone who has become passionate about caring for the elderly; something I never would have believed possible and certainly not by my own efforts.  I’ve discovered that one of the things that I love about my work, is that it’s a job where you have  to take your time to do it well. Time to give the actual care and time to build a connection.

While I have worked part-time jobs in addition to long-term care, I can truthfully say that I’ve heartily disliked most of them.  I’ve tried my hand at sales, even getting my real estate licence. I’m convinced that people thought I was selling Girl Guide cookies when I would do those dreaded “cold calls.”  My sister could sell snow to the Eskimos–I couldn’t sell bottled water on a deserted island.  Working as a server?  Forget it. It was too demanding, quick paced, and the customer is NOT always right.

We are all given gifts and talents that are unique to us alone; something that makes us perfect for the purpose for which we were created.  A lot of people envy another person’s gifting, seeing them superior to their own, but if we all were gifted in the same area, there would be a lot of things left undone!  Imagine if everyone wanted to be the architect–there would be a lot of blueprints, but not too many buildings.

1 Corinthians 12:12-27 compares the body of the church to that of the human body, reminding us that we represent many parts,  each of us having a valued role.

…our bodies have many parts, and God has put each part just where He  wants it. (1 Corinthians 12:18 NLT)

I’m grateful that I felt lead to stay in a position where I was sowing into the lives of seniors.  Because I am truly here for such a time as this, God has placed me in situations where the trust and rapport that’s been built has led to amazing opportunities. I have been able to pray with and for my residents and see them off as they pass from this life to the next. Something as simple as offering a gentle touch or hand-holding in an environment where so much of  physical contact is directly related to personal care makes such an impact. I  experience genuine joy with my peeps.  They see me as silly, fun, caring, and their advocate–all characteristics that He has placed in me.

If you’re unsure of what your calling is, don’t stress.  Consider that the lofty dream you’ve always had on your heart was one that God Himself planted there.  He already knows what is written in your book.  Just ask Him.  Follow His nudging when He points you in a direction.  You cannot screw up the destiny He’s designed for you; you’re not that powerful!

I’m learned to relax into what God’s plan is for me, to snuggle, not struggle.  I know as long as I follow His lead, I will always bear good fruit. As He grows me up I will change, and that means my course could change as well.  For now though, I will grow where I am planted.

4 thoughts on “Grow Where You’re Planted”